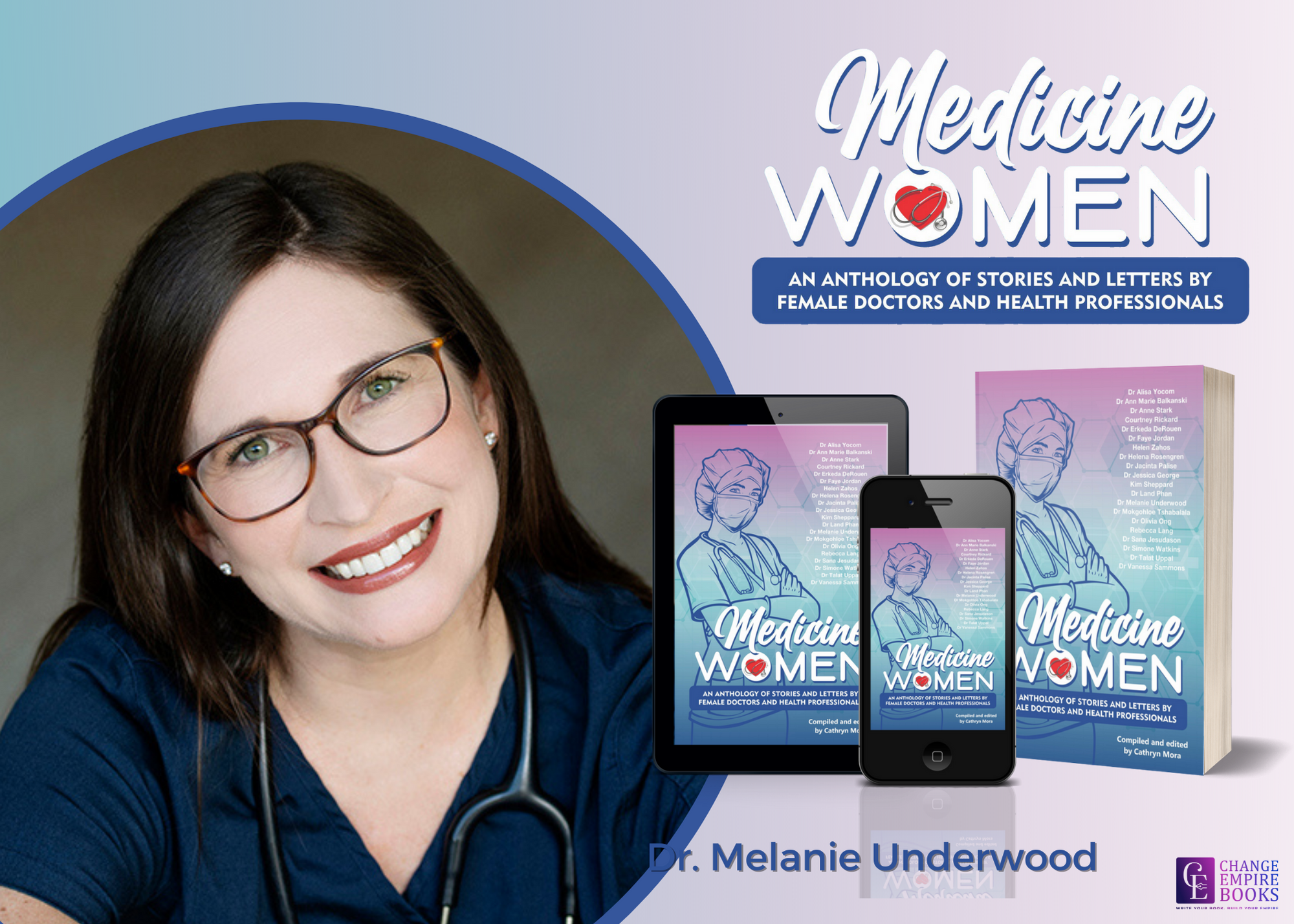 A Greenslopes Private Hospital emergency physician can now add “best-selling author” to her long list of accomplishments. It’s an honour Dr Melanie Underwood shares with 19 other women doctors from Australia, New Zealand, South Africa and the United States and Canada, who have each contributed a chapter to a new book, Medicine Women, An anthology of stories and letters female doctors and health professionals.

Pre-sales of the book, which was officially released on July 18, have already launched it to best-seller status in a number of categories.

The Ramsay Health Care doctor contributed a deeply personal chapter, detailing what lead her at age 30 to travelalone to Swaziland and work in third-world conditions at a hospital where 90 per cent of the patients had HIV/AIDS.

She was horrified by the absence of simple medical equipment and conditions, a cardboard box in the nurses station was used to dispose of needles which had been used on HIV/AIDS patients, and even gloveswere difficult to obtain.

Dr Underwood was invited to contribute to the book through a post on a Facebook support page for women doctors who are also mothers.

“When I heard about it, I knew I had a story to tell from my time in Africa,” Dr Underwood said.

If she was going to tell her story though, Dr Underwood realised it meant everything was on the table and she would need to reveal her vulnerabilities to a much wider audience.

“I think my vulnerability is what makes me popular at Greenslopes Private Hospital with my patients,” Dr Underwood said.

“I think they actually really like my honesty. A lot of cancer patients come through our department and I tell them I have been along this journey as well as a carerand they really embrace that.”

Dr Underwood hopes those who read the book will discover that being open and vulnerable and telling people when things are really tough, is actually a virtue and from that can come strength and growth.

“It’s important to admit life doesn’t always work out the way that you want it to,” she said.

That is something Dr Underwood tries to impart to the junior doctors she trains at Greenslopes Private Hospital.

“We tend to have a very set mindset early on about where we want to go and what we want to do but life does throw curveballs and you have to adjust your thinking,” she said.

“Sometimes it is good to put yourself outside your comfort zone.I feel like I have led many lives, it has taken many twists and turns none of them were expected.

“I started out with rose coloured glasses wanting to be a doctor who would save the world and clearly that Is not what happened. I did my best.”

Dr Underwood’s advice to the junior doctors she works with as Director of Emergency Medicine Training at Greenslopes Private Hospital is to, “keep your heart open to new opportunities, you just don’t know what will come of them”.

“You should be open and don’t consider yourself once you are on a pathway that you will stay on that path forever.

“You need ambition and drive and some sense of where you want to go, but don’t close your mind to other opportunities which may lead you to a pathway to other things.”