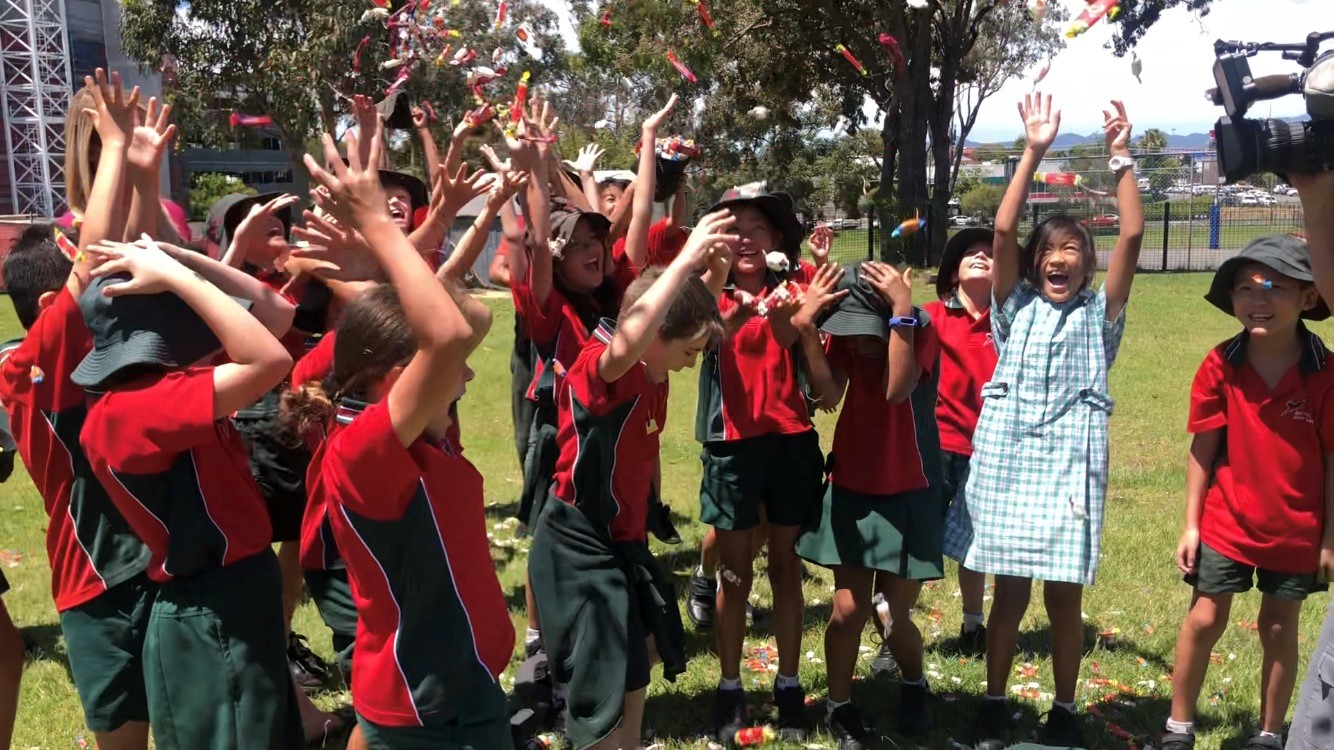 It was raining lollies at Benowa State School as Ramsay Health Care and John Holland celebrated the $45 million Pindara Private Hospital extension nearing completion by thanking the neighbouring school for its patience while construction was underway.

70 kilograms of lollieswere loweredfrom a 50-metre-high crane which has been located on the Pindara site during the redevelopment.

The hospital’s Assistant Director of Clinical Services, Tracey Clark, said watching the excited faces of their young neighbours as ‘Operation Lollydrop’ unfolded felt like a fitting end to the project’s major works phase.

Director of Clinical and Hospitality Services, Jan Lloyd, said the Principal, staff, students and parents at Benowa State School have been incredibly patient and supportive while the project was being delivered, so the teams at Ramsay and John Holland came up with ‘Operation Lollydrop’ as a fun gesture of thanks and goodwill.

“This is just a small way of saying thank you for the part they played in the creation of hospital services that will benefit so many in the local community,” Ms Lloyd said.

“Pindara Private Hospital is an acute medical/surgical and maternity hospital that’s been serving the northern end of the Gold Coast for 50 years, so this redevelopment is just the perfect birthday gift,” Ms Lloyd said.

“This essential extension means Ramsay Health Care will be able to provide high quality care for more people in this growing community for many years to come.”

John Holland’s Project Manager Jai Shires said it was an important milestone to see the end of heavy machinery on the site, with final works to be completed in the next month.

“The staff and students at Benowa State School have been kind enough to share part of their outdoor athletics area with our team so we can get on with the job of transforming the neighbouring hospital,” he said.

“Along with resurfacing two of the school’s carparks, John Holland and Ramsay Health Care are pleased to do something extra special for the students who can now say they’ve been a part of Australia’s first lolly drop of this kind. It was our way of thanking them for being an important part of the community and great neighbours.”