CEO Danny Sims said it was heartbreaking to see the devastation unfolding due to Australia’s ongoing bushfire emergency which has tragically claimed lives, destroyed properties, and forced countless numbers of people to be evacuated from their homes.

"The scale of this crisis is unprecedented and we have received many enquiries from staff wishing to offer their help to their colleagues and fellow Australians during this difficult time," Mr Sims said.

The Paul Ramsay Foundation has also set aside $30 million to support communities affected by the bushfires. This amount was the largest individual donation for the bushfire appeal. An initial $3 million will be provided to the Red Cross, the Foundation for Rural and Regional Renewal and St Vincent de Paul for immediate relief efforts with the remaining funding allocated to longer-term work with disadvantaged communities.

In addition to Ramsay Health Care’s national initiative, many hospitals are undertaking their own activities to support the bushfire relief effort in their local communities.

Here are the local initiatives happening at our hospitals and facilities: 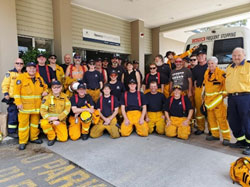 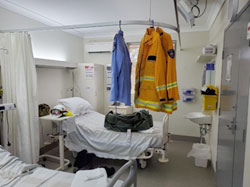 Approximately 30 Ramsay staff are volunteering to organise the firefighters’ food, do their washing, change their bedding and make sure cold beer is in the fridge at the end of a long day. They are donating medical supplies such as absorbent pads and cloths, plastic suture sets, kidney dishes, and IV starter kits.

Murray Valley Private Hospital is helping to care for 15 aged care residents evacuated from Alpine Health Facilities. The staff are also providing emotional support to these residents’ families who have been affected by the fires.

Murray Valley Private has offered Willow Park Lodge accommodation to the nurses from Alpine Health who have been rostered to work, as they too live in towns which have been evacuated or are needing to travel long distances on roads with poor visibility due to smoke. 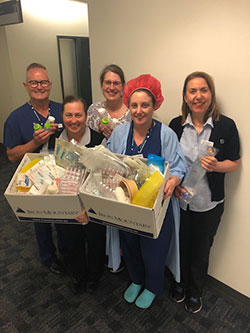 Frances Perry House is collecting medical items that would otherwise be destined for landfill and instead donating them to help fire-affected animals through Warriors for Wildlife – e.g. packages of gauze, wipes, clean disposable items such as sterile dressing scissors, pipettes, and other out-of-date stock.

The Border Cancer Hospital is providing social work support to patients who have been impacted by the bushfires. The day oncology unit has provided advice and information to people who are unable to return to their centres for treatment, and has also offered five acute care beds if further evacuations are to occur.

Nurses have also collected clothes and toiletries which are being sent to the town of Cudgewa. They have also been donating towels, sheets and food for injured animals. In addition, they have patterns for making mittens for injured koalas, bags for stranded joeys and bat wraps for baby bats, so are calling on anyone with sewing skills who could make these items. On 18 January, nurses will be cooking a barbecue fundraiser for the local community at the IGA opposite The Border Cancer Hospital. All proceeds will be donated to a local fire relief fund. 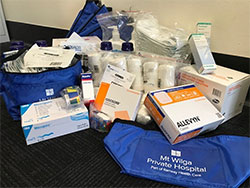 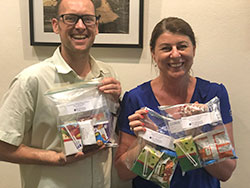 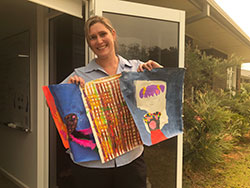 Port Macquarie Private Hospital has donated money via the Wauchope IGA to be spent on team supplies for the Hastings RFS. More than 100 care packages have also been made up by the hospital for use by volunteer firefighters. The hospital hosted a kids club for two days while local day care centres were shut, so that other employees could continue to work.

Hillcrest Rockhampton Private Hospital has provided a number of baskets filled with items donated by staff, following bushfires in Yeppoon, Central Queensland where a number of homes were recently impacted.

Hollywood Private Hospital has a nurse who has made a large batch of scented candles which she is selling to raise money for Ramsay’s bushfire appeal. 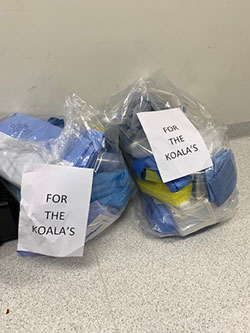 North Shore Private Hospital has donated IV fluids to a vet in Braidwood which is part of regional NSW to use for the treatment of wildlife injured in the bushfires. Theatre staff have also been collecting unusable or out-of-date surgical items that would otherwise go to landfill to donate to local animal shelters and WIRES. These items include surgical drapes, hollowear, dressings, gloves, fluids, dressing packs and gauze. 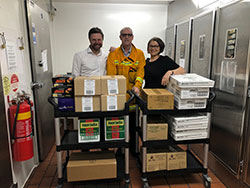 The Avenue Hospital, Glenferrie Private Hospital and Masada Private Hospital are collecting supplies which can be used to treat sick and injured wildlife. These items include burn cream, bandages, plastic bowls, cups and trays. The group of hospitals also teamed up with the Skye CFA Volunteer Fire Brigade to create festive hampers for volunteer firefighters in the Glenn Innes region who spent Christmas Day on the fire ground instead of being with their families. 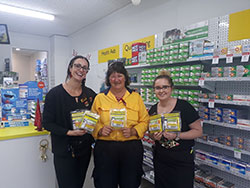 St Andrew’s Private Hospital is donating expired medical supplies for the SA Koala Hospital and raffling a handcrafted quilt which has been donated by a patient, with money raised going towards the bushfire appeal. Operating theatre staff have collected and sent eight boxes of unsterile or expired stock to help care for animals affected by the bushfires. The donations are being sent down to the Native Animal rescue group in Mallacoota free of charge by Australia Post. 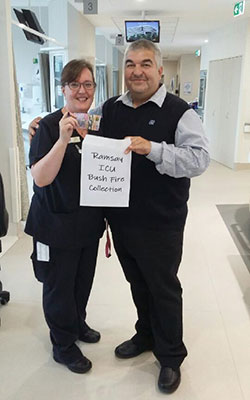 Wangaratta Private Hospital has donated a collection of expired and discontinued stock including suture material, IV lines and fluids, bandages, dressings and drapes to North East Victoria Animal Aid which supports wildlife first responders and foster carers. Staff also donated goods such as local wines and regional produce for a raffle, which was held to raise money for the bushfire appeal. 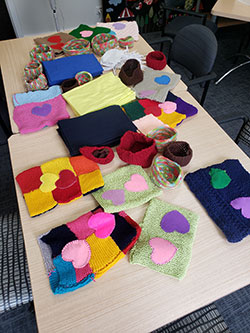 Albert Road Clinic has initiated a project to create beautiful items for bushfire-injured animals, such as pouches, nests, mittens and more. Nursing and therapy staff have been supporting approximately 15 patients to knit and sew the creations. They spent approximately 80 years and used six packets of felt and 10 balls of wool. 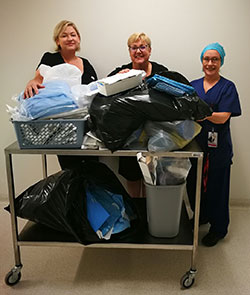 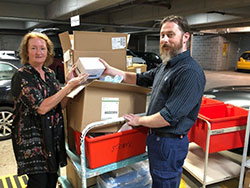 Strathfield Private Hospital has donated a range of items to MediDivert, which aims to procure unwanted and unused medical goods and re-deploy them to areas of need, such as caring for native animals. The products – including syringes, fluids, bandages, gloves, gowns, scalpels, and eye wash would otherwise have gone to landfill. Strathfield Private Hospital has also sent unused eye patches to the Fred Hollows Foundation.