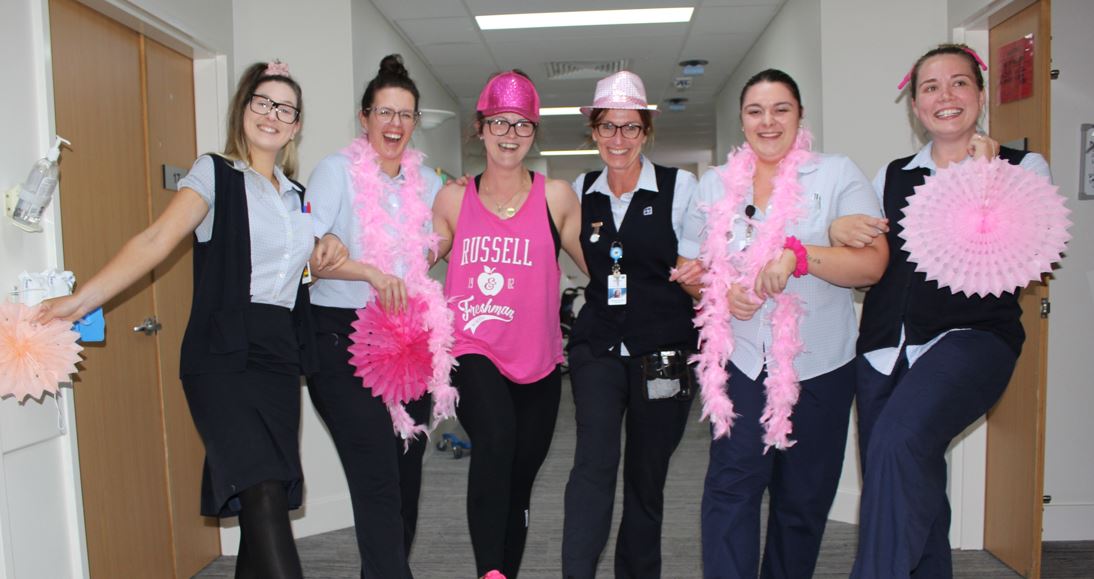 Hollywood Private Hospital staff will be swimming, riding and running in the Ramsay Health Care Triathlon Pink at Mount Claremont on November 7.

Ten staff from Carroll Ward are preparing for the event and raising money for the National Breast Cancer Foundation (NBCF).

Registered nurse Zelfie Qerimi-Haradinaj said it would be her first triathlon.

“We decided to get a team together because it’s for a great cause,” Mrs Qerimi-Haradinij said.

“We’ve been training - I’ve been going to the gym about four times a week.

It is estimated about 20,000 men and women will be diagnosed with breast cancer in 2021 and about 3000 people will die from the disease.1

The aim of the NBCF is to stop deaths from breast cancer. Money raised from Ramsay Health Care Triathlon Pink will go towards NBCF’s research and prevention programs.

The triathlon will be held at WA Athletics Stadium. The triathlon is for adult women and distances can be done as a relay team or as an individual. There is also a fun run option for all genders and ages.