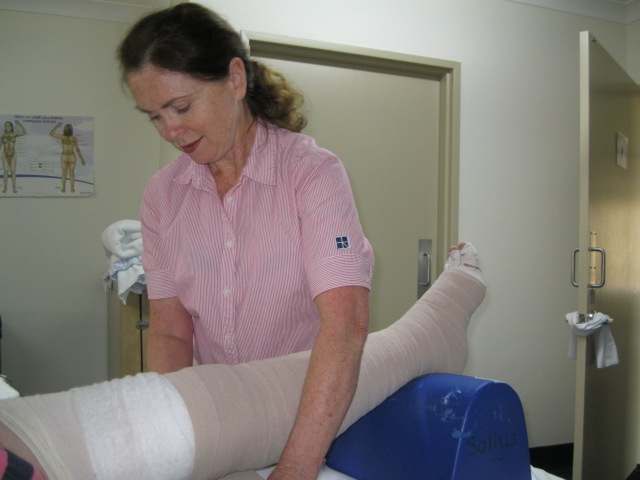 Mt Wilga Private Hospital has been named as a finalist in the Australian Private Hospitals Association (APHA) Awards for Excellence for its lymphoedema rehabilitation program.

The hospital was includedon the short-list for the category called Clinical Excellence – quality of care and patient outcomes.

Lymphoedema is characterised by swelling due to a blockage in the lymphatic system.  This can occur in a single lymph, multi-limbs or even whole body, which can cause significant morbidity and loss of function for those affected by the condition.

The hospital’s lymphoedema program, which was established in 1992, was one of the first of its kind in Australia.

Mt Wilga Private Hospital CEO, Lorrie Mohsen, said many innovations have occurred since the inception of the program, which now have resulted in much shorter admission and better management of this chronic condition.

“We have spent the past three years evolving the model of care for our lymphoedema service into a more comprehensive multidisciplinary approach,” Ms Mohsen said.

“A lymphoedema patient was traditionally managed by their lymphoedema clinician and rehabilitation consultant, but our focus is now on offering a treatment pathway that is more responsive, tailored and draws on a vast array of allied health and medical expertise.”

“This helps us to deliver the greatest possible care for our patients in line with international best practice standards.”

In 2020, the Lymphoedema Education and Research Network recognised Mt Wilga’s lymphoedema clinic as a Centre of Excellence in Australia, in recognition of its conservative management and multidisciplinary work.

Due to the uniqueness of the program, patients regularly attend from interstate and overseas to receive care at Mt Wilga Private Hospital.

The winners of APHA’s Awards for Excellence will be presented during a ceremony at the APHA Congress Gala Dinner on 4 April 2022 in Adelaide.