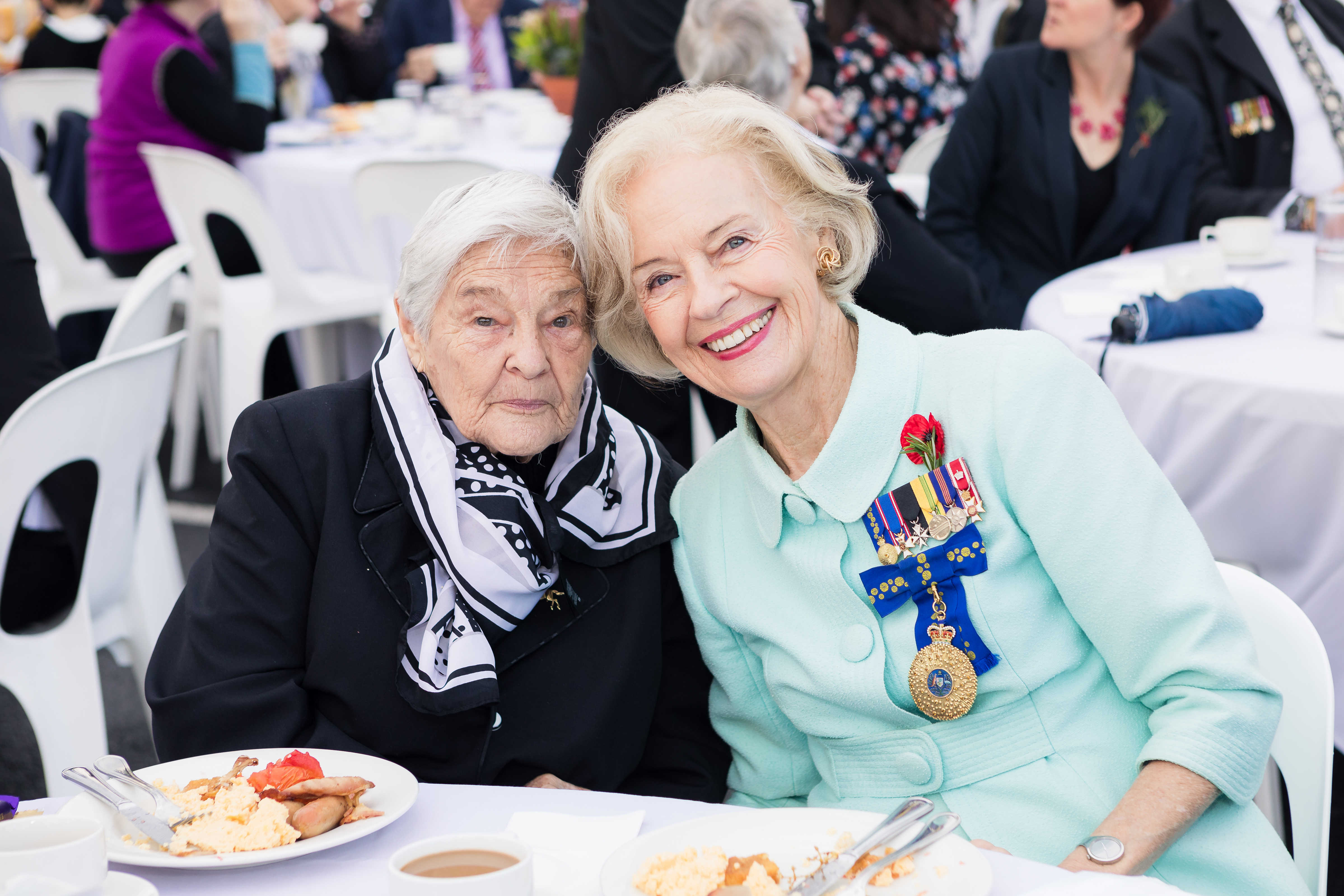 Greenslopes Private Hospital is continuing its long-held tradition of honouring its military past, with its new cancer wing being named after Brisbane war widow Mrs Jean Pockett.

he Jean Pockett wing, which opened in mid-April, is the first stage of a $72 million expansion of Greenslopes Private Hospital, featuring two wards, 64 private rooms, plus oncology and haematology services.

Greenslopes Private Hospital Chief Executive Officer Chris Went said it was an honour to name the new wing after Mrs Pockett, given her significant contribution to the hospital for more than four decades.

“Mrs Jean Pockett volunteered as a hospital visitor for more than 40 years and was a founding Board Director of the Gallipoli Medical Research Foundation (GMRF) based here at Greenslopes Private Hospital,” Ms Went said.

“Everyone who had the pleasure of meeting Jean remembers her resilience, determination, dry sense of humour and her dedication to both Greenslopes Private and the GMRF, and we are so thrilled to name this wing in her honour.”

Mrs Pockett passed away in October 2018 at the age of 96, leaving the majority of her million dollar estate to the Gallipoli Medical Research Foundation.

She had lived independently in Coorparoo for 40 years before she went into care just a year before she died.

GMRF Chief Executive Officer Miriam Dwyer was a close friend of Mrs Pockett’s and said naming the new cancer wing in her honour “was fabulous”.

“Jean would be looking down with a big smile on her face and I know she would be absolutely thrilled. She was a big supporter of cancer research so I think this link is very special,” Ms Dwyer said.

“Jean committed herself to the War Widows Guild Queensland and was vice president on four separate occasions. For more than 40 years she would come to Greenslopes and visit the other war widows and make sure they had everything they needed. She really became an institution of this hospital and she was treated like royalty here at Greenslopes - the chef would make her favourite meals and she was definitely spoilt and if she wasn’t, she’d make sure we heard about it,” Ms Dwyer said with a laugh.

In 2015, Mrs Pockett was invited by the Australian Government to attend the ANZAC centenary in Gallipoli. Ms Dwyer accompanied Mrs Pockett as her carer.

“Jean absolutely loved it. She was one of 10 war widows who were invited as guests of the Australian Government and she was the oldest at 91, so she loved all the attention,” Ms Dwyer recalled.

“She was a really fabulous person and would love the fact that her legacy is continuing on at Greenslopes Private Hospital.”