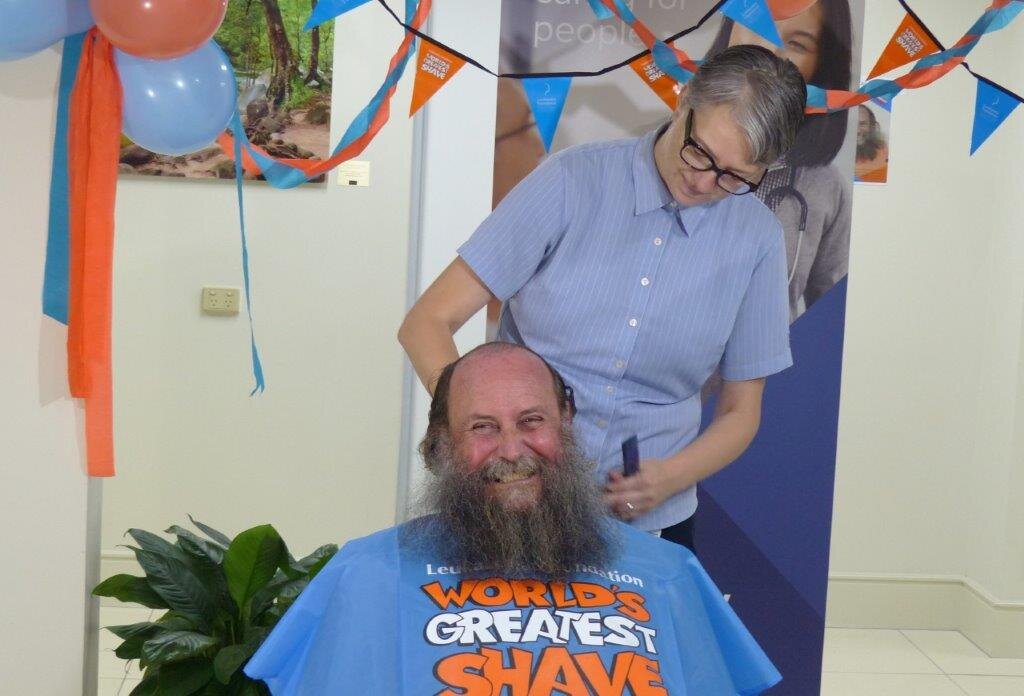 The foyer of Cairns Private Hospital has been filled with clippers, hair dye, TV cameras and a cake stall to support a much loved, cheeky patient who was raising funds to help find a cure for blood cancer.

Ron Sneddon said goodbye to his long locks and full-length beard, and raised more than $3,000 for the Leukaemia Foundation’s World’s Greatest Shave.

Since 2016, Ron has been a regular at Cairns Private Hospital, where he’s being treated for a type of blood cancer called myeloma.  But his selfless decision to be part of the Greatest Shave was all about raising money for other cancer patients.

“I might be going through treatment but I’ve got all this excessive hair and there’s a lot of people out there who need a hand. What’s the point in living if you can’t help people,” Ron said.

Ron’s oncology team, led by registered nurse Tahlia Runge, were there to cheer him on and joined in the fundraising fun by colouring their hair for the World’s Greatest Shave.

“Ron is one of the most positive people I have ever met, he is a complete joker and when I teased him about how badly he needed to shave we came up with the idea of doing it for a reason. He has the biggest heart of gold and is just so excited at being able to help someone else,” Tahlia said.

Ron’s great shave has so far raised $2,888.79 plus another $400 was generated from a cake stall run by the oncology team in the Cairns Private Hospital foyer.