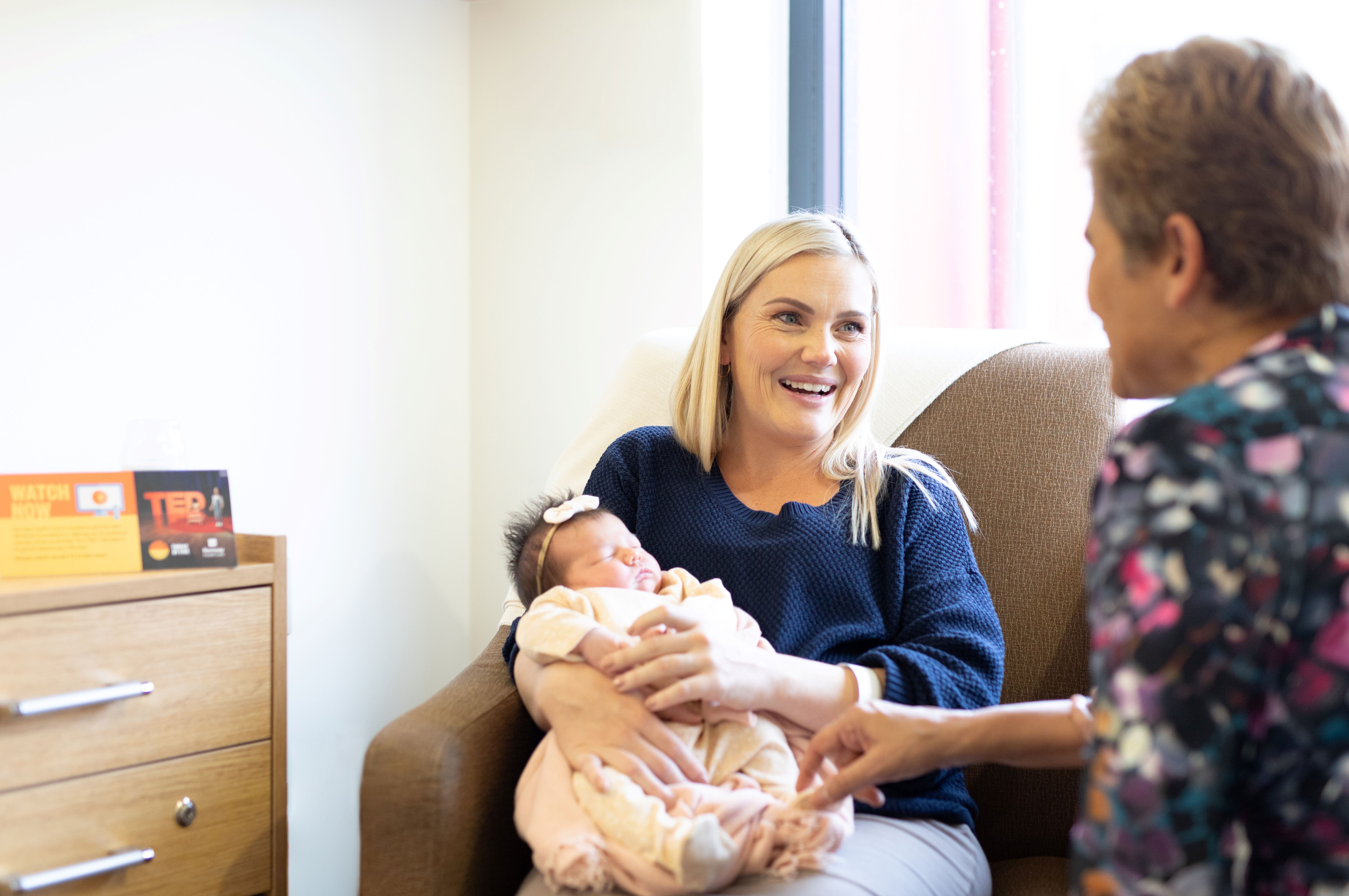 A ground-breaking TED talk piloted at Ramsay Health Care maternity hospitals in WA is set to change the way parents and caregivers around the world view early childhood brain development.

The Thrive by Five TED Talk was launched in Australia at Joondalup Health Campus and was attended by Minderoo Foundation Co-chair Nicola Forrest AO and Health Minister Roger Cook.

Directed by acclaimed filmmaker Michael Gracey (Director of The Greatest Showman), the Thrive by Five TED Talk demonstrated the simple yet life-changing things we can all do to help children thrive.

Molly Wright, a Grade 2 student from QLD, was chosen to deliver the important message and is one of the youngest TED speakers in history.

The production is the brainchild of Minderoo Foundation and delivered through Minderoo’s Thrive by Five initiative.

In the lead up to the global launch, the Thrive by Five TED Talk was shown to new parents in maternity wards at Joondalup Health Campus, Joondalup Private Hospital and Glengarry Private Hospital. The video was also shown in Afghanistan (via Bayat Foundation) as part of a pilot.

Mrs Forrest said it was her mission to ensure every child, no matter where they grow up or who their parents are, has an equal chance to reach their full potential.

“We believe every child can, and should, thrive by the age of five,” Mrs Forrest said.

“Science tells us that the volume of child’s brain has reached 90 per cent by the age of five so we want to help set parents up for success and increase awareness of the importance of having positive interactions with children – early and often.

“Molly beautifully delivers this universal truth – that the early years are the most critical period for shaping a child’s life now, and in their future.”

“The message to connect and play, early and often with children from birth to age five is vital in their development and overall wellbeing,” Prof Silva said.

“New parents at our hospitals found the video educational, entertaining and inspiring.

“The Thrive by Five TED Talk has the potential to improve the health outcomes for children on a global scale.”

“The video was very useful and I will share it with other Mums,” Mrs Morrison said.

There are now plans to roll-out the Thrive by Five TED Talk in hospitals around the world and UNICEF is supporting the global distribution.

Head of TED Chris Anderson said Molly’s message would resonate around the world.

To watch the Thrive by Five TED Talk visit TED.com/ThriveByFive